“It is dangerous to make predictions – especially about the future.”
– Danish physicist Niels Bohr

After the Berlin Wall came down in 1989 and the collapse of the Soviet Union in 1991, global experts announced it was ‘the end of history’. Humanity had, they said, reached “not just the passing of a particular period of post-war history, but the end of history as such: that is, the end-point of mankind’s ideological evolution and the adoption of Western liberal democracy as the final form of human government”. They wrote books, went on world speaking tours and people like me paid hundreds of dollars to hear them tell us where the world was headed.

They could not have been more wrong if they tried. Russia’s invasion of Ukraine being Exhibit A. China’s threat to Taiwan Exhibit B.

In a previous post I quoted James Surowiecki’s book, ‘The Wisdom of Crowds’, in which the author describes how ordinary people are collectively smarter than so-called experts when it comes to problem-solving, decision-making, innovating, and predicting. The reason why, he explains, is that individual experts are inherently biased. They are part of a club. He says the knowledge and common-sense of ordinary people, however, eliminates bias and produces a clearer and more coherent result.

There’s an old Greek proverb, “The fox knows many things, but the hedgehog knows only one thing.”

As we know, the world isn’t made up of just one thing, it is made up of a whole range of competing factors and trade-offs that are different for different people of different ages living in different places and with different priorities.

Being knowledgeable on one subject narrows one’s focus and increases confidence, but it also dismisses dissenting views. This can lead to self-deception. As we’ve seen in Europe, the world is a messy and complex place – and dangerous to predict. There are countless variables and factors. Foxes understand this innately, hedgehogs not so much.

The bottom line is, we have to stop letting hedgehogs run things. Advisers, yes. Leaders, no. They may be fine leading other hedgehogs in a particular field, but the world is not a hospital or a laboratory or a courtroom or a classroom or a police station. We don’t want the country run by epidemiologists and police commissioners.

Next month marks the 110th anniversary of the sinking of the Titanic. A number of people at the time made statements before the ship set off on its doomed voyage – all of them fatally wrong. Among them was the ship’s captain, Edward J. Smith, who said, “I cannot conceive of any disaster happening to this vessel. Modern shipbuilding has gone way beyond that.” Not to be outdone was Phillip Franklin, vice-president of the White Star Line, the ship’s owner. Prior to the voyage, Franklin said, “This boat is unsinkable.”

After the tragedy, a devastated Franklin regretted his remarks. “I thought she was unsinkable. I based that opinion on the best expert advice.”

The internet has given the world access to the latest information on every subject under the sun. Instantly. Some of it is accurate, some of it is not.

The lesson is, by all means listen to what experts have to say, but then make up your own mind. We can’t let experts dictate what the rest of us can and cannot do – for the simple reason that they are hedgehogs. They are only good at one thing. (Strange, too, that when they take off their hedgehog uniforms and go home, they act more like foxes and don’t always practice what they preached when they were wearing their hedgehog uniforms …. just saying).

Global experts are having to re-think the ‘end of history’ given recent events in Europe and Asia.

National experts are having to re-think responses to climate change – “Even the rain that falls isn’t going to fill our dams and river systems”. Tell that to the people of Queensland and NSW! Billions of dollars have been wasted building desalination plants, and millions more wasted maintaining them.

Our State experts told us we needed to build a road which has all the traffic going one way in the morning and then all the other way in the afternoon.  Needless to say, that didn’t last very long and great expense was incurred re-building the road so that traffic could go both ways all day long.

Bert Kelly made the logical point, “If these experts were as clever as they make out, they wouldn’t be here, they’d be sitting in the South of France with their feet in a bucket of champagne”. 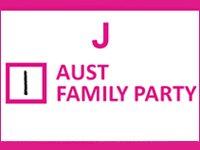 This election, send the hedgehogs a message.

Tell them you’re exhausted from being told what to do all the time – ‘must do this; can’t do that’.

Vote ‘J’ for James (as in James Surowiecki from The Wisdom of Crowds) and get the respect you deserve.